2138 views
Part view of the picture Didier Evrard has been nominated to be Executive Vice President Head of Programmes at Airbus effective from 1 January, 2015. In this role, he will be responsible for all civil aircraft programmes, ensuring their profitability and leading product policy. Mr. Evrard is also appointed a member of the Airbus Executive Committee.

Prior to assuming this position and starting in 2002, Mr. Evrard was leading the programmes of MBDA together with MBDA France. MBDA is a world leader in missiles and missile systems with three major shareholders – BAE Systems, Airbus Group and Finmeccanica.

Didier Evrard became in 1998 Matra BAe Dynamics (MBD) Stand-Off Programme Director, with the global responsibility for the multinational Storm Shadow/SCALP Programme. His role was to manage all aspects related to customers, technology, industrialization, finance and risks.
MBD was formed in 1996 by the merger of half the missile business of Matra Defense of France and BAe Dynamics of the UK, and was Europe's largest manufacturer of missiles.

Mr. Evrard started his career in 1977 as a test engineer with Matra. In the company,
he held until 1997 various multinational project management positions for programmes in cooperation with American, Italian, British and French partners.

Didier Evrard graduated from the Ecole Centrale de Lyon in 1975 and from the Sup’Aero Aerospace Engineering School in 1976.

Born in July 1953, Didier Evrard is married with three grown-up children. In his free time he enjoys cross-country running and golf. 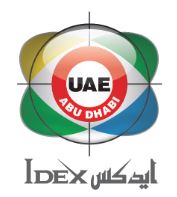